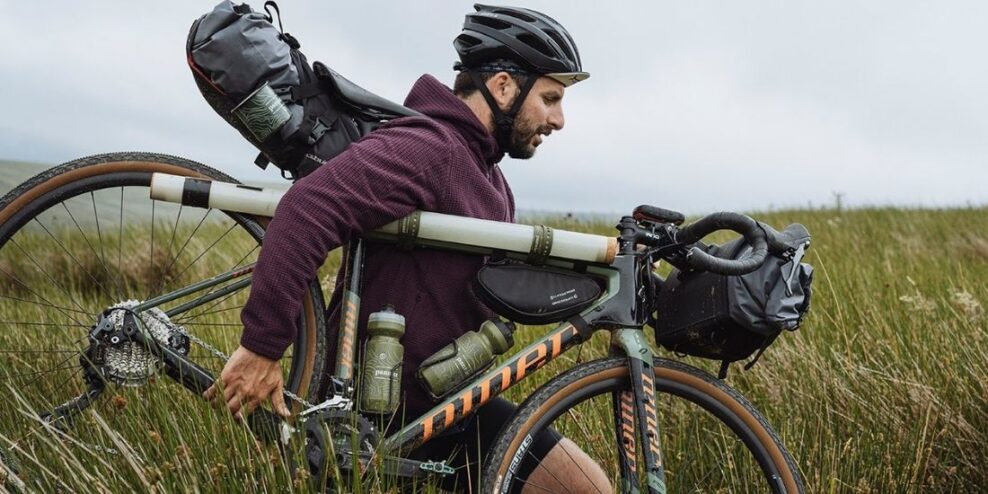 Have Wheels, Will Travel

For bikepackers, northern Vancouver Island is like the unknown frontier. Now fans of this emerging cycling sport are promoting a new multi-day, self-propelled journey around the region.

If you’ve never heard of it, Bikepacking is a mix between lightweight backpacking and off-road cycling.

“You’re kind of taking all of your camping gear from a normal backpacking set up and putting it on to a bicycle,” said Miles Arbor, describing this fringe cycling sport in a recent Black Press story.

Arbor is part of the team at Bikepacking.com, the go-to resource for all things bikepacking.

The Powell River resident is also the driving force behind the Tree to Sea route, a 1041 km loop that’s a mix of highway, gravel logging roads and trail.

It begins at the Comox ferry terminal, heads up to Campbell River, then west towards Gold River. From there, it goes to Tahsis, followed by a water taxi ride into Zeballos. Riders then go north to Port Alice, Holberg and Cape Scott Provincial Park.

At that point, they’ll pedal back down along the east side of the Island, to Port Hardy and Port McNeill, where riders will leave the highway and take gravel roads and trails down to Woss. The route then heads into Sayward, then Elk Bay and back to Campbell River. The last section is along Highway 19 to the Comox ferry terminal.

It’s like an epic tour of small-town North Island. Arbor hopes it will encourage more people to explore the region while generating some small-scale tourism in the communities along the way.

“I’m trying to mix cultural, environmental and even just interesting camp spots or beautiful views all together to make something that’s worthwhile riding,” Arbor said.

But it will only be possible if gravel logging roads remain ungated and open to the public. They should be open considering that most of the Tree to Sea route passes through Crown or public land.

But that’s not a given these days.

“The whole route relies on the fact that the logging companies keep the roads open. A lot of these sections could be decommissioned and gated off without much notice,” Arbor said.

Recently, some logging company’s have been locking gates on Crown land without any authority.

According to Arbor, bikepacking can help revive small-town economies.

“It’s pretty cool when people become more familiar with bikepacking, and you see more people out there, getting into these smaller towns. A bit of an economic boost would also be pretty great because a lot of them are struggling,” he said.

Besides, he said, “Bikepackers eat a lot.”