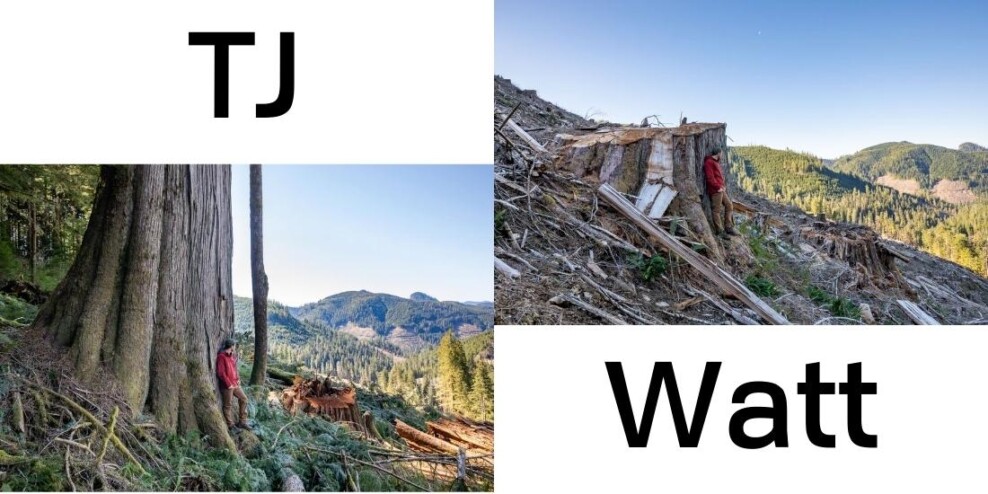 Didn’t You Want To Be a National Geographic Explorer When You Were Growing Up?

The co-founder of the non-profit Ancient Forest Alliance was recently named a National Geographic Explorer and a Royal Canadian Geographic Society Explorer for his efforts to document and protect ancient forests on BC’s West Coast.

The 37-year-old Victoria resident was also awarded a grant from The Trebek Initiative, a foundation named after the long-time TV celebrity Jeopardy host Alex Trebek, who passed away last year.

According to its Executive Director, the Trebek Initiative grant supports the work of Canadian explorers, scientists, educators, and photographers.

Watt plans to use the grant to fund more “before and after” photo series showing giant old-growth trees standing, then after they are cut. Watt hopes he can recreate the impact of hispre and post-logging Caycuse Valley photos series (see above) that went viral earlier this year.

“Seeing before and after images of some of the largest trees in Earth’s history turned into massive stumps contrasts the grandeur and destruction of these spectacular eco-systems,” said Watt in a recent Black Press story.

Watt’s photos from the Caycuse were shot not far from the standoff at Fairy Creek. They have helped to document what is at stake in the continuing battle over VanIsle’s remaining old-growth.

The award and recognition come just when the issue of old-growth conservation has hit a boiling point in BC. The aggressive police tactics against the Fairy Creek logging protesters have raised serious questions of police brutality and received international attention. This standoff is now the largest act of civil disobedience in Canadian history. More than 1,100 people have been arrested so far.

The province recently announced potential postponements of logging on roughly 26,000 square km of old-growth forest, pending First Nations approval. However, more than a year after promising to do so, the BC government has still not come up with a concrete plan to fund and assist First Nations and logging communities to transition away from logging rare ancient trees.

Watt is familiar with “talk and log” from politicians. He has been documenting VanIsle’s disappearing old-growth trees for more than 15 years.

A trip to the Walbran Valley in 2005 was a life-changer for him.

“Going to the Walbran completely blew my mind. Walking through this forest with thousand-year-old trees was stunning,” said Watt in a Douglas Magazine story. “But we had driven through miles and miles of clearcut forest to get there.”

That awakening inspired Watt’s conservation photography and activism. Fours years later, while exploring for big trees on the back roads of Port Renfrew, Watt and a friend stumbled across a spectacular grove of western red cedars. They named it “Avatar Grove,” after the then just released James Cameron blockbuster film Avatar.

“It was wild. People started visiting Avatar Grove by the thousands, and media coverage went crazy – locally, nationally and internationally.”

Watt hopes to use his new positions to inspire further action to protect more big trees. 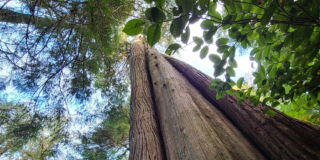 Great – Do We Really Need Another Old Growth Panel?

We Have Spent Millions, and the Problems Keep Coming

What About Us? Islanders Abandoned By Political Leaders?